Mushrooms are coated with a almond milk yogurt based marinade and then roasted in the oven until cooked and little charred. . You can make mushroom tikka in a pan or Mushroom tikka in oven. 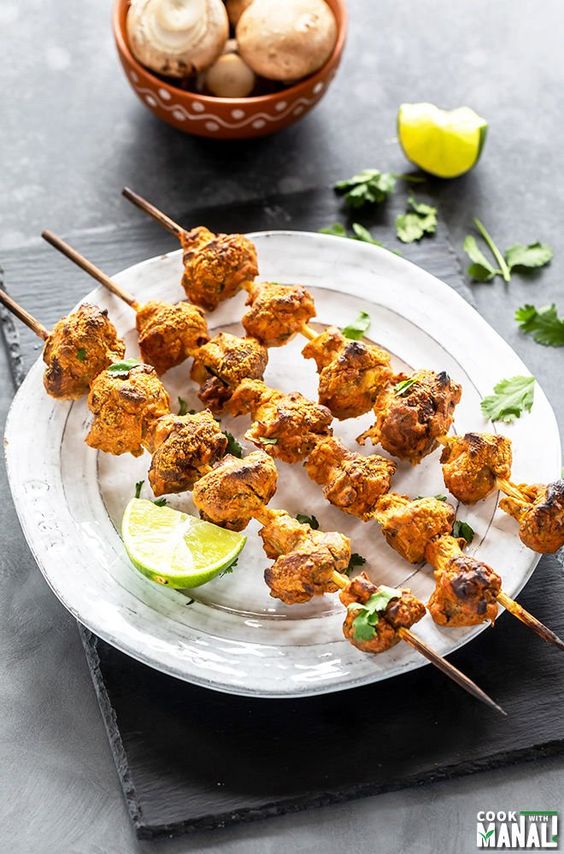 ✓ is vegan and gluten-free

✓ makes an easy appetizer for everyone to enjoy

✓ packed with flavors which will impress the meat eaters as well!

The flavor of this mushroom tikka comes from the its marinade.

To marinate the mushrooms, I have used almond milk yogurt here (hence this recipe is vegan) but plain milk yogurt would work just fine.

Before using the yogurt in the recipe, I place it in a strainer with a bowl below and let it sit for 20-30 minutes. This way, I have thick yogurt for the marinade as the excess fluid drains off.

Alternatively you can use greek yogurt which is thick to begin with.

You can make this with all white mushrooms too. I just had both at hands and so I ended up using both for the recipe. 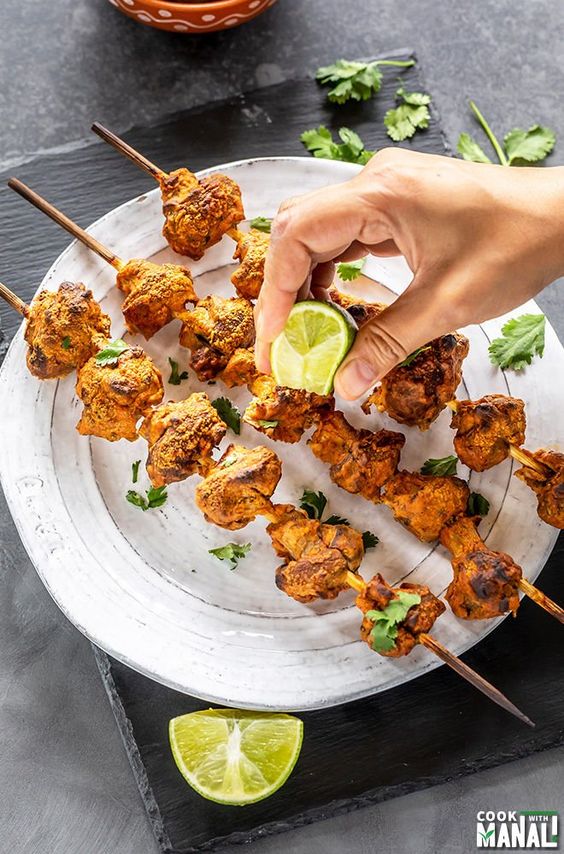 Once the tikka is marinated, I let it sit in the refrigerator for at least an hour. This gives the time for the mushrooms to soak in the all the flavors.

You can even keep it for 3 to 4 hours or overnight but 1 hour in minimum.

Before cooking the tikka, I arranged the mushrooms on wooden skewers.

Here’s a handy tip- if you are using wooden skewers, dip them in warm water for around 30 minutes before using in the recipe.

This way the skewers won’t burn when you are cooking the mushrooms, either in the oven or while grilling. 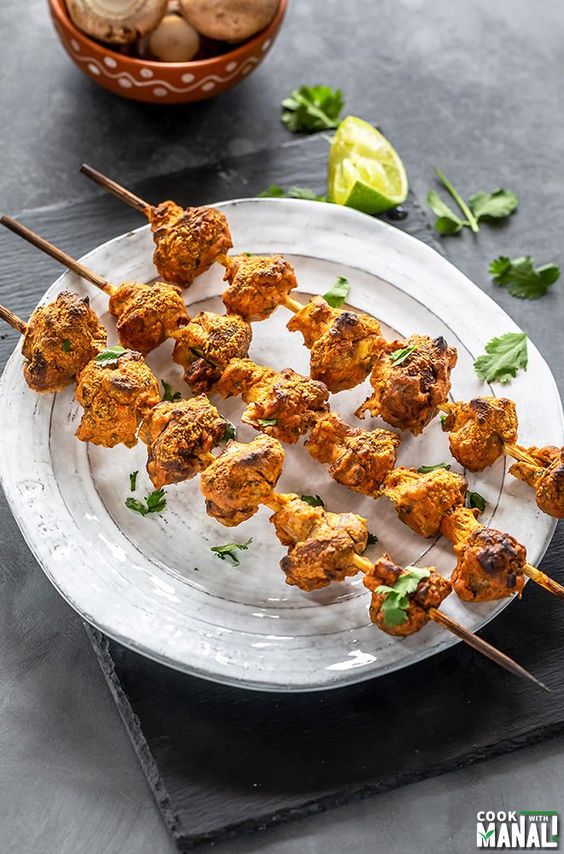 I cooked this mushroom tikka in my oven but you can cook it on stove-top or you can grill it as well.

To cook on stove-top, use a grill pan and brush it with oil. Then place the skewers on the pan and cook until mushrooms are golden brown from both sides. Keep turning every 5 minutes or so.

For the grill, I would do the same. Cook for around 15 to 20 minutes, turning every 5 minutes or so.